Breed: Australian Shepherd DOB: 12/23/2008 Sex: Spayed Female Foster home: James Waite Hiya! I’m Scarlett….I’m a happy, bouncy, aussie girl. The APB people say I “won” the genetic lottery…but the way they say it, I don’t think it’s a good thing… When I went to the puppy doctor, they said my heart mumbles. (Murmurs, Scarlett…) So, we went to the BIG puppy doctor at MSU. The MSU doctor said I have not one, not two, but THREE genetic heart defects. I have: • moderate to severe aortic stenosis • patent duct arteriosus (PDA) • mitral valve regurgitation They wanted to see me again at 18 months to 2 years old. So, I hung out with my foster family til it was time to go see the BIG puppy doctor again. This time, the MSU doctor says that the mitral valve thingy is better. But the PDA is making the stenosis worse. They would like to fix the PDA thing, and hopefully I can live longer than if they don’t fix it. But, the BIG puppy doctors cost big bucks….they said it would be about $1200 to fix the PDA. Even if I give them ALL my biscuit dollars, that’s not gonna be enough!! Do you have some biscuit dollars that you could send, so I can go to MSU and get the PDA thingy fixed? I’d really like to be a happy girl for a REALLY long time!!! Thanks to Robert and Leslie Nason for sponsoring Scarlett! 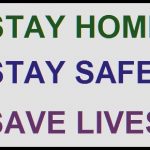