APB was founded in 1978 by a small group of concerned animal lovers in Livingston County. Their goal was to rescue animals, prosecute abusers, and find homes for neglected and abused animals.

The group was named the Animal Protection Bureau and originally helped dog, cats, bunnies, hamsters, birds, horses and even the occasional goat, pig or cow!

By 1987, most of the group was located in Ingham County, so the base became greater Lansing. Due to the expense, the group could not continue in the abuse and neglect efforts, but continued to rescue, foster, and place dogs and cats.

The name was changed to Animal Placement Bureau (APB) in 1994. We grew to about 30 members and were the only group in the area doing this kind of rescue. Approximately 200 to 300 animals each year were placed into new homes.

In 1998, APB applied for and received 501(c)(3) status from the Internal Revenue Service. Eventually, the group evolved to focus exclusively on dog rescue. Since then we have grown to about 150 volunteers of which approximately 60 are approved foster homes.

Our dogs have been adopted across the state and across the nation! One large blonde shaggy dog was adopted by a dog trainer for movies and TV in California and has appeared in commercials and TV episodes. Other dogs have gone into narcotic detection programs. And some of our dogs have even gone to “prison” for hands-on training from inmates in a very successful prison program.

After hosting Pet Parades at various places throughout the years, we have established Pet Parade adoption events at Soldan’s in Okemos and South Lansing.

We look forward to seeing you there so you can learn more about our organization! 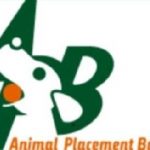