Breed:  Australian Shepherd DOB: 12/24/2016 Sex: Neutered male Weight: 42 pounds 356-17 Rookie was purchased from a bad breeding situation and the family realized he was more than they could handle. This little pup had horrible manners with the veterinarians that tried to examine him and he barks loudly at new people. He also seems to have a vision problem – it could be at least part of the reason he has trouble with vets and new people. He will need work on socialization even if his eyesight is impaired and can be cured but at least we will know the extent of the problem with his sight. Besides the temperament and vision issues, Rookie has always had problems with diarrhea. Not only is the consistency varied but it is usually an abnormal color and he also has “deadly” flatulence. So far we have incurred high costs for trying to address this. We have switched him to various foods specifically for helping with digestion, tested him for multiple intestinal parasites, treated him with safe worming medicines in case the tests were giving false negatives, and given him additives and probiotics. While Rookie has always been a good and consistent weight, at times he seemed to drink more than normal and seemed to always be hungry so he was also tested for Diabetes, Cushing’s disease and Hypothyroidism. Just to be sure, his urine was also checked for any abnormalities. Everything came back pointing to Rookie being a perfectly normal dog. Finally he was tested for digestive malabsorption and maldigestion. FINALLY we have at least some answers! We now know he has distal small intestinal disease. Basically it is a chronic case of malabsorption leading to a deficiency of cobalamin which usually leads to an overgrowth of bacteria in his intestines. He needs to be supplemented with Vitamin B12 cyanocobalamin for 12 weeks and then he will need another blood test to check his levels of cobalamin. We will have to wait to see what his long term treatment will be but hopefully will be told just to keep supplementing him with the Vitamin B12 cyanocobalimin. His foster has been working on his socialization and he is doing really well as long as someone new doesn’t “charge” into his face and frighten him. He does have an appointment with the ophthalmologist to determine what is wrong with his sight and another appointment with another veterinarian to determine why he is limping – he had a slight injury from too much puppy-play but still occasionally limps. In spite of all his issues, Rookie is really good with other dogs and even ignores the behavior of dogs that are aggressive toward him.  He is very attached to his foster mom and people he gets to know and even likes to try to hug them. If you would like more information, please email tzupoomom@gmail.com. 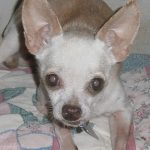 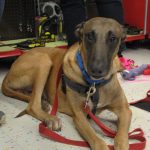 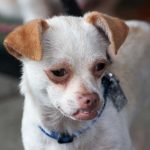 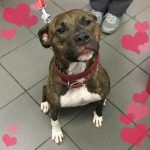 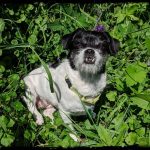 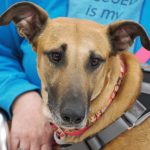